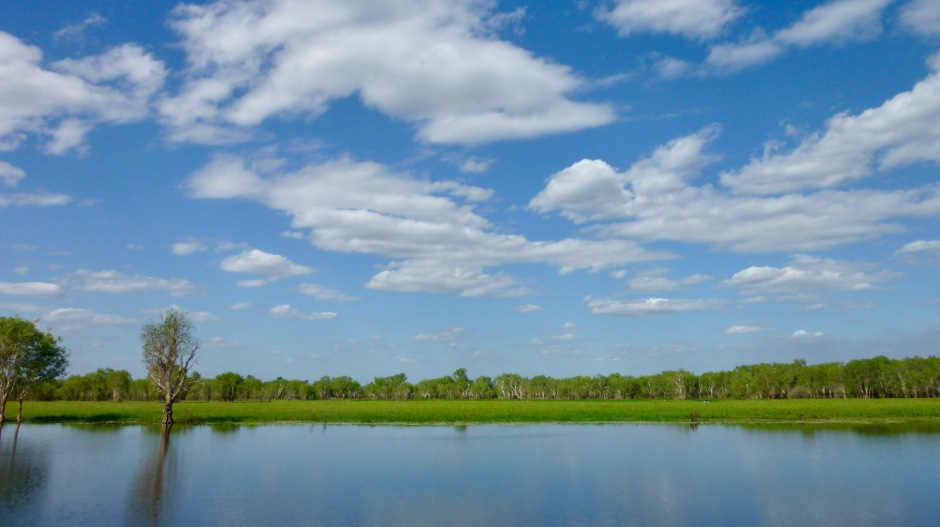 ‘So’, said the tour guide for our cruise on Yellow Water, ‘If one of you falls over board I’ve got 15 seconds to get you back on board or you’re gone, it’s all over, game set and match’. He was referring to the crocs of course. Seems we didn’t realy need to take the jumping croc tour after all. Yellow Water’s got plenty. I refrained from asking our guide what then was the point of all those life jackets dangling from the ceiling of our oversize tinnie. Gotta say though I kinda held Amy a little closer after the first two crocs. The second was a beast. Sidled up along side the boat and then right before our eyes descended below the surface like it’d never been there. Scary.

Yellow Water wasn’t though, it was magnificent! Truly splendid with the water, the green grasses, blue sky and bird life doing its thing. Once again I wish I were a poet. Highlights were the pair of Jabiru perched high in their enormous nest, the Kingfisher perched upon a tree branch off the starboard bow and of course the many crocs which you just can’t help but admire. Although I am curious to know how it is that a creature with a brain the size of a marble has survived on this planet for 200 million years. Maybe the tourist literature was in error. Nah, that’d never happen. 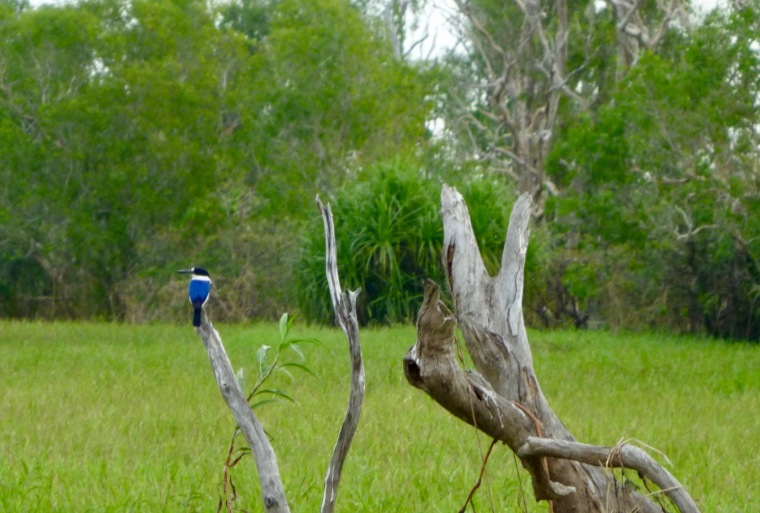 Oh yes and the other wonder of Yellow Water is the electronics. Several hundreds of thousands of dollars worth of gadgetry on the bottom according to our guide. Including an Ipad which he saw handed to a child by its parents who then proceeded to throw a tanty (not as big a tanty though as the one his or her parents were about to throw) and toss it over the side! I like to think the parents thought about diving in after it, but then remembered the seven four meter crocs they had curised past in the last thirty minutes and thought better of it. 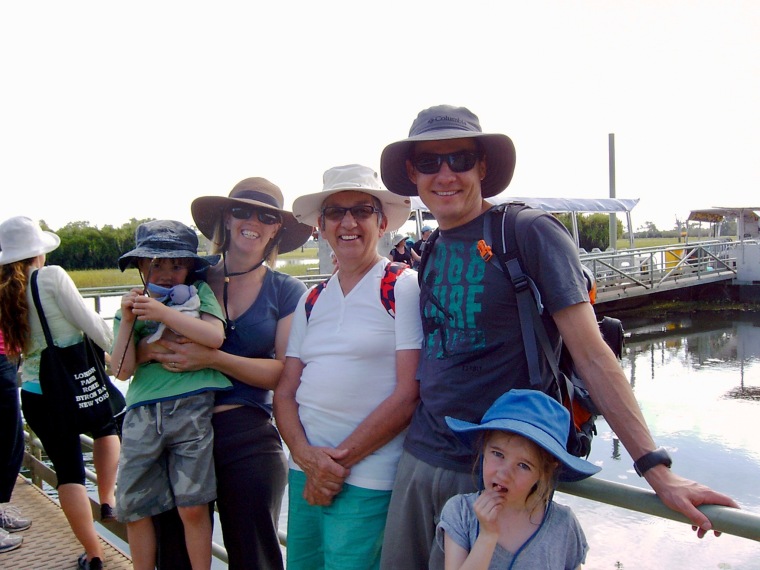 Although, once again with reference to information from our guide, it would seem that a whole human is more than any croc needs. If it is to be believed, a croc only needs one duck every ninety days to survive. Apparently they are solar powered. ‘See how they are all lying up on the banks sunning themselves, that’s where they get their energy from’. Perhaps someone should tell Julia, a little research on the solar power system of crocs and we wouldn’t need a carbon tax. 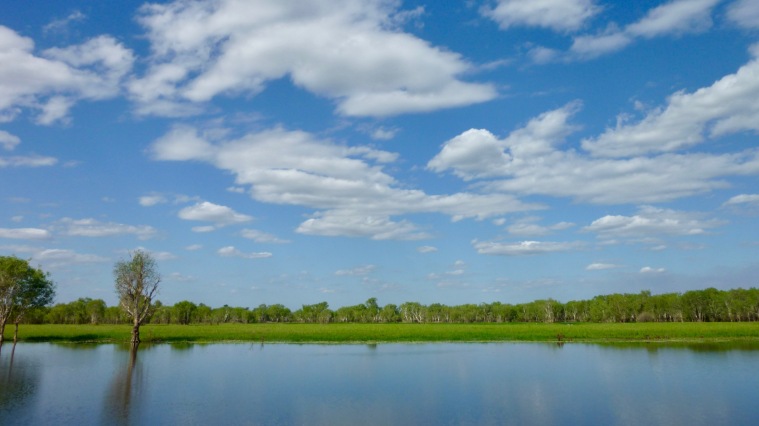