Day 6 was to be an easy day. The morning saw us head out to Mamakula wetland which had a great bird hide from which we could see the magpie geese going bottoms up – see pictures below. They are a migratory bird and these wetlands are an important feeding ground for them. We also saw some Jacana birds which are cute little guys that look like they’re walking on water – sometimes refered to as the Jesus bird – and many egrets, ibis and other birds we don’t know the names of! 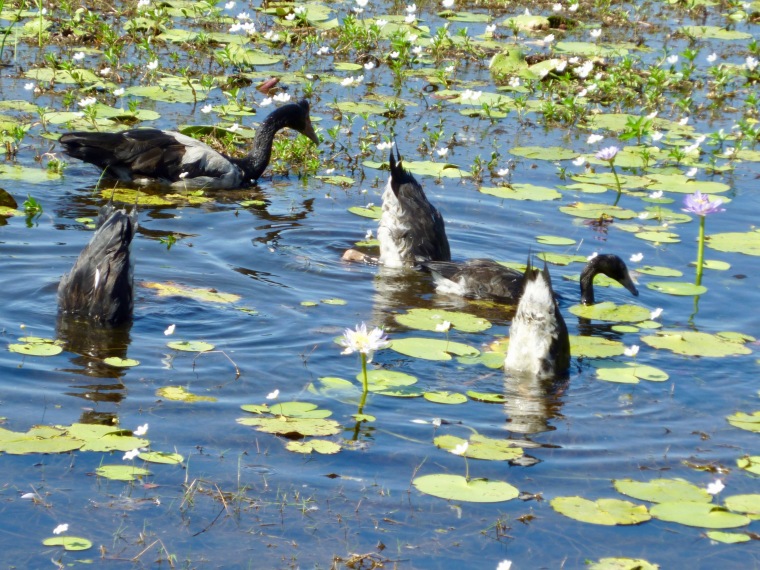 A stop in at the Bowali visitor centre on the way home was informative, the kids loved the displays about the animals and Oliver especialy enjoyed seeing the aboriginal spear heads and axe tools. We learnt that wht we had thought was dogs barking at our campground the night before was actally probably a barking owl… Our suspicions that there shouldn’t be dogs in the National Park were right! And those dogs we actually saw were really dingos… duh! 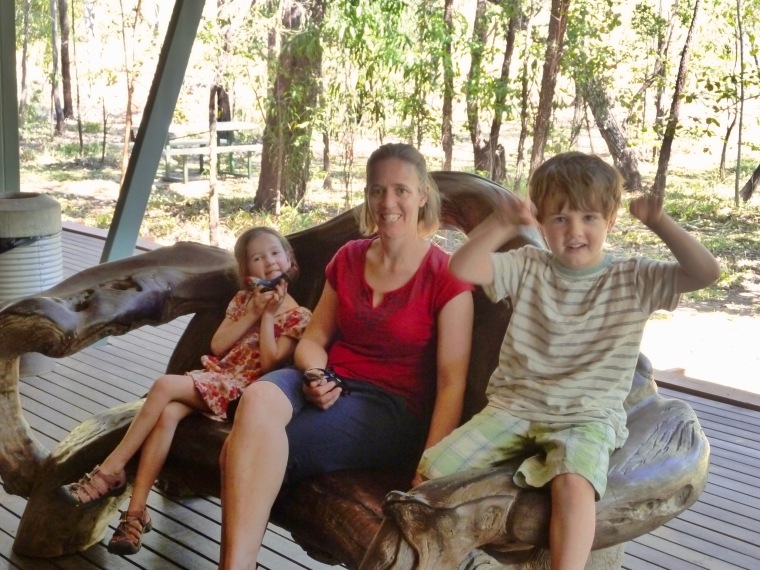 Back at the van a series of mishaps occurred, spilt plunger of coffee through the drawers and cupboards, tipped over esky of ice water over caravan floor, melted plastic table cloth from a hot dish… And there was something else I’m sure!!

Day 7 saw us head a mighty 50km down the road to Cooinda… The longest part of the trip was when we got to the caravan park waiting to be shown to our site took at least 20 mins!! Its not quite clear who’s fault that was. Greg maintains the map of the park was dodgy, and that’s why he took the wrong entrance to the park where Ben was supposed to meet us to allocate us a spot. Well Ben wasn’t there by the time we were. Two trips to the front office later Ben showed up at last, but didn’t take too kindly to Greg greeting him as, ‘aahh the elusive Ben’. He didn’t seem to think he was elusive at all! We’ll just have to agree to disagee about that. Anyway its a lovely spot with a great pool! Yes we’re doing it tough.