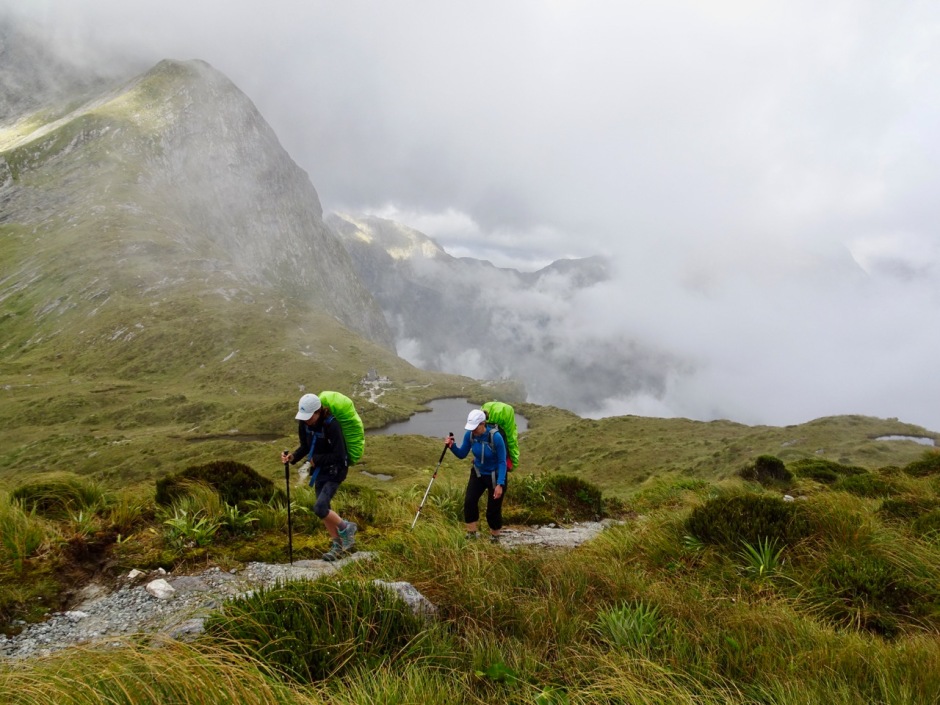 ‘Huh’ Oliver replied. Without even looking up.

‘Beached Az’ is an ABC cartoon where a whale washes up on the shore and declares himself ‘beached az’ to a seagull. Humorous conversations ensue in thick New Zeland accents. Check out this link if you have no idea what I was on about.

We were on a plane from Sydney to New Zealand at the time. I was in a good mood and whatever silly Kiwi thing I thought of was tumbling out of my mouth. Oliver meanwhile was teaching himself how to solve the Rubik’s cube by studying a book on speed cubing and had no idea what I was talking about. He had no interest in my silly Kiwi ramblings.

I thought of telling the customs officer in Queenstown that I was ‘beached ez’ too, but before I could he asked why we were visiting New Zealand. ‘We’re here for a bungee jumping conference’, I told him proudly and then I demonstrated my technique for taking the plunge, flinging my arms back and my chest forward as I had planned in my mind. Emma, Amy and Oliver tried to look as if they didn’t know me but I didn’t care. The customs man chuckled and stamped our passports but I don’t think he thought I was there for a bungee conference.

We had two weeks in New Zealand. Two weeks. Last time we went travelling it was for 52 weeks! How can you see everything in two weeks? You can’t. Not even in little New Zealand and so we were forced to limit our ambitions to Wanaka, Mount Cook, Lake Tekapo, Queenstown, Te-Anau and the Milford Track. And somewhere along the way I was determined to jump off a bridge…

Lake Tekapo was as far north as we made it and on the way back into Queenstown we stumbled across the Kawarau Bridge bungee jump. I was excited, but couldn’t help pondering why paying $180 for 2 minutes’ worth of entertainment (at best), and possible death (at worst), seemed like a reasonable proposition. As we watched I imagined myself on the platform. ‘I got this’, I thought and in my mind I practiced how I would leap gracefully upward when it came my time to jump, throwing my arms back as I went and screaming like a fool. I went to book a jump, but there were no places left that day, which was a major anti-climax.

After Queenstown, we drove to Te-Anau where we picked up our tickets for the Milford Track and I asked the lady at the National Parks centre how to pronounce Te-Anau. She looked at me like I was weird but explained that it was Te-A-no. I walked out repeating it over and over again and then had to go back because I forgot to buy sand-fly repellent.

The Milford Track was the reason we came to New Zealand. It’s the finest walk in the world, just ask a local, if you can find one. Other than the guy at the customs counter I think everyone else we met was either a tourist or a European backpacker.

The Milford Track is 55 kilometres tackled over four days and is subject to a strict apartheid regime. On the Milford Track you are either an ‘Independent walker’ or a ‘Guided walker’. Independent walkers are discernible by their large packs, progressively deteriorating odour and fatter wallets. Guided walkers are discernible by their well-groomed, well rested and slightly superior airs and graces. Evening accommodation is well separated to ensure there is no cross contamination.

It was unseasonably hot the day we set off across Lake Te Anau to the start of the walk and by the time we had covered five kilometres to the first hut we were cooking. Fortunately the hut was but a short walk from a stunning bend in the Clinton River. Glassy, clear, aqua and green water tumbled over rapids, between boulders, beneath over hanging beech trees (and podocarp trees probably but I’m still not sure what they look like) and into a large still pool. It was even colder than Lake Tekapo, but so idyllic. We were in and out all afternoon (except Oliver… too cold for Oliver).

It was clear and hot the next day too, but the day after that a massive dump of rain was forecast. It was looking increasingly likely that this weather would arrive the day we were scheduled to climb out of the Clinton Valley, over the McKinnon Pass and down into the Arthur Valley. Fjordland receives a whopping 9 to 12 metres of rain every year. 9 to 12 metres! Canberra gets 600mm. The McKinnon Pass is nearly 1200 metres above sea level and that meant that the forecast rain was more likely to be a snow storm.

This was not my preference, because we had been looking forward to the spectacular alpine vistas for which the Milford Track and McKinnon Pass is known for. Hiking the Milford Track however is like riding a conveyor belt. You must move each day just the prescribed distance from one shelter to the next, and whether the weather coincided with our passing the Pass was up to the weather.

The Milford Track is a stunningly beautiful combination of temperate rainforest, rivers, lakes, plunge pools, water falls, glaciers, alpine meadows and sand-flies and if you go into it expecting to follow a groomed trail (for the most part) and sleep in bunk houses along with forty strangers snoring like chainsaws, it’s a very enjoyable outing. Previous experience told me that this track was well within our collective capability and so I didn’t even suffer from my usual pre-outdoor adventure nervous breakdown.

The same could not be said for all of those who set out on the track the same day we did. Not everyone who hikes the Milford Track should hike the Milford Track. Just because the track is smooth, flat and unmissable does not mean you don’t need a degree of fitness. Still, in two of the parties keeping the same schedule as us, one member of the group ended up carrying another’s pack just to get them to the other end. Tempers flared and bodies hurt, but fortunately not in our little group. We happily skipped along taking in the scenery, reflecting on group dynamics and trying to work out which of the other groups were least likely to snore.

We cleared the McKinnon Pass in swirling cloud punctuated by clear breaks which provided stunning views from a vantage point high in the alpine range. The rain was late and I wasn’t upset about that. It was the next day, our last day, that the heavens opened and for 18 kilometres it rained and it rained and it rained. Amy and Oliver ate lunch that day walking in circles to avoid the sand-flies which swarmed in inconceivable numbers every time you stopped moving.

A few days back in Queenstown followed during which we just hung out. We ate very large pizzas followed by ice-cream while while marvelling at people with their feet strapped to jets of water on Lake Wakitipu. We also took a mildly scenic drive out to Glenorchy where we ate a picnic on a jetty and took a walk on the end of the Routeburn Track.

With all of this behind us time was running short and I still hadn’t leapt from a bridge. I made a booking online for the next day, still wrestling with the eye watering price tag. I figured that a bungee jump constituted approximately 2 minutes’ worth of entertainment, from the time you are strapped in to the time you are set loose. To experience those 2 minutes costs $180 which when converted to an hourly rate means you are paying $5,400 an hour!

Still, I figured, you either paid and jumped or left New Zealand without jumping and spending the next 30 years wondering what it would have been like. $180 over thirty years means that the daily cost of knowing what it’s like to jump off a bridge, instead of wondering, is just 1.6 cents per day. Bargain!

Come my turn, a towel was folded and wrapped carefully around my ankles after which the bungee cord was strapped to the towel. Then came the interesting part, the bungee people help you to your feet and shuffle you to the edge of the platform. Standing upon the edge of the platform I felt a lot less brave than I did moments earlier. Emma, Amy and Oliver however were watching. There was no going back and I rationalised that there was no risk, only the illusion of risk. I paused, waved and then leapt up and out. I threw my arms back just like I showed the man at the airport and hoped I had pulled off a stylish jump.

The world rushed up at me and adrenaline surged because all of a sudden I was falling in a most unnatural way. Clichéd though it may sound, time slowed down a little and then accelerated to catch-up and then it was all over. Six months later here I am sitting on my couch at home after work one evening, writing a blog and thinking… $180 was cheap.

And because the Milford Track was so good below are some more photos.