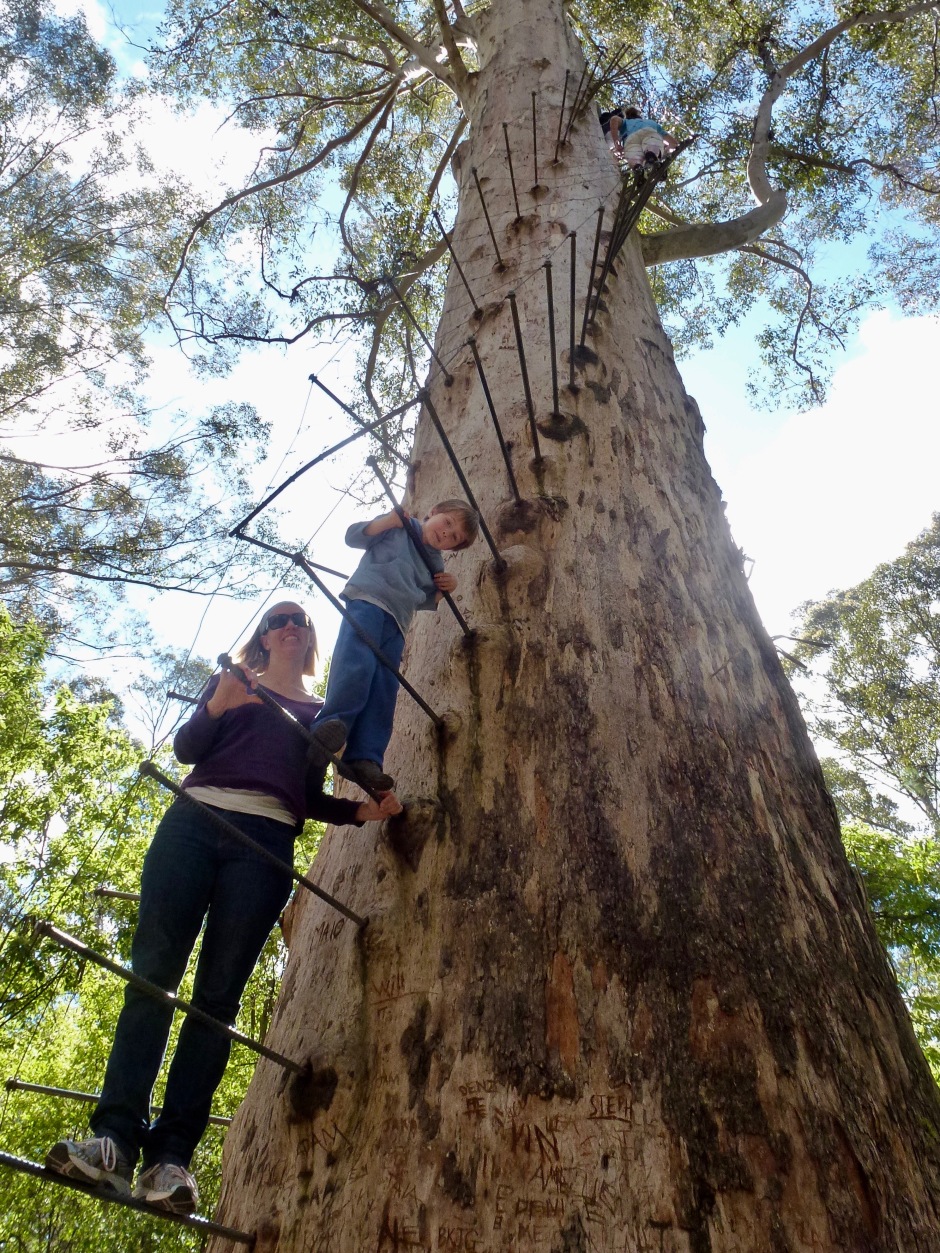 We almost didn’t stop in Pemberton. We wanted to. It was on the itinerary. But the caravan brakes decided to pack it in so stopping in the rain in the most contoured country we have thus far traversed was tricky.

We did of course manage to wrestle the van to a halt and I would just like to take this chance to say a big thank you to the very helpful mechanic at BP Pemberton upon whom I imposed myself with my break problem late of an afternoon. He was running around his garage like a headless Chopin (thank you iPad auto correct that was supposed to be a headless chook) but still managed to rewire our burnt out trailer cable connection in less than an hour and all for 33 bucks! You just don’t get that kind of service… anywhere.

While we were there we thought we’d check out the trees. It’s what you do in this timber town and the local tourist organising committee has been hard at work to make it as easy as possible with the advent of the Karri Forest Explorer drive. An 86 km loop through all the Karri forest highlights including the Gloucester Tree, Bicentennial Tree, Big Brook Dam, Giblett forest, Beedleup Falls and Warren National Park. At each stop you can tune your radio to hear a description of the history of logging in the area.

Although the Karri Forest Explorer avoids all active logging operations evidence of past activity is hard to escape. The regrowth is magnificent, don’t get me wrong, but occasionally you come across the odd tree to have survived the clear felling and get a sense of what once had been. ‘I would have liked to have been here before… Well wouldn’t you?’ as John Williamson sings. The Giblett forest was by all accounts a real battle ground for forest conservation in WA and marked a turning point in forest management in WA. 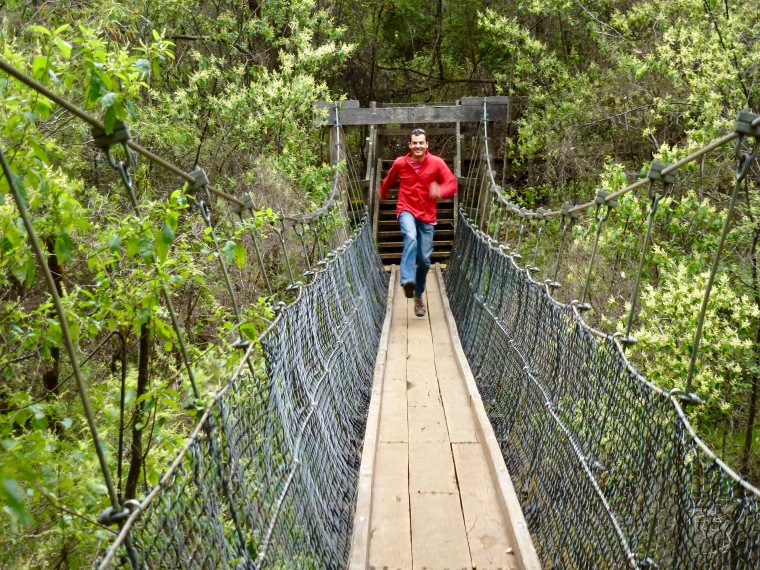 The highlight for us I would suggest was the Gloucester Tree, named after the Duke of Gloucester’ following his visit to the area in ‘nineteen oh something’. The tree is some 70 odd metres tall and you can climb 61 of those metres via steel rods which has been somewhat unsympathetically (from the perspective of the tree) rammed into it to make a huge spiral ladder. The tree is set in a beautiful patch of forest and the climb is good fun. Amy and Oliver both climbed a good 25 or so metres up the tree, before we decided that was far enough. They probably would have and could have gone the whole way.

The ring neck parrots in the Pemberton caravan park were also a stand out flying in as they did each morning to eat bird seed from your hands whilst perched… Wherever they liked!