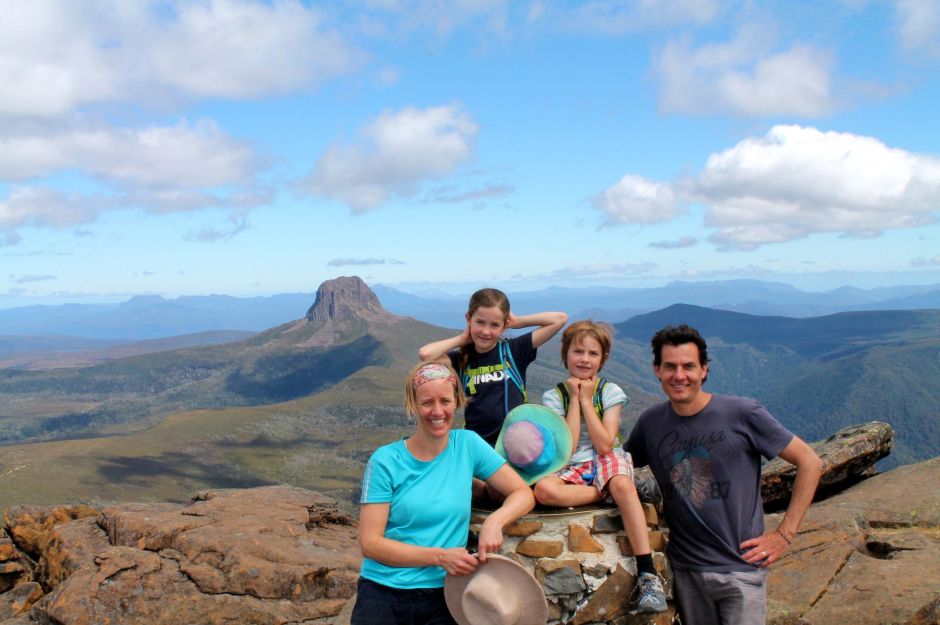 How do you go about instilling will from within? Being parents of a 9 and 7 year old we often muse over this and discuss it with others. Every now and then Amy and Oliver take upon themselves the desire to do the things we think they ought. At other times they seem to resist with as much strength as they can muster.

I love to hike. I love being outdoors. I love seeing the world the way it was before people meddled with it. I love the feeling that my legs can go all day, up and down whatever is in front of them and no matter how heavy the pack. I love the feeling that comes when you finally take a load off tired feet and I love the satisfaction that comes with knowing I did that (whatever it was). I would love Amy and Oliver to love these things too.

There seems to be a very fine line between introducing and instilling enjoyment and turning someone off for life. This seems particularly so with something such as hiking, where the short term pain of tired legs and feet can be difficult to persist with when you haven’t yet got to the stage of understanding how wonderful it is to carry on regardless.

All of this is a rather longwinded introduction to our time at Cradle Mountain. We were headed for the beaches of the Northwest, literally, until a casual perusal at the weather forecast brought us to an abrupt halt. A high-pressure system over Cradle Valley promised our best possible chance of good weather at Cradle Mountain. So after executing a rather precarious three point turn on some back road (in which I came within inches of reversing the caravan down a ditch from which recovery without a tow truck seemed unlikely) we hightailed it back to the mountains.

On our first day we tackled the Dove Lake circuit. I have walked the Overland Track and this was as good as any part of that. The walk is a flat 6 or so kilometres. We added a short side trip up to Lake Wilks, which was up a very steep and rough track. By the end, my shoulders were getting a workout along with my legs. Amy and Oliver were great, but their feet were sore and they let Emma and I know it.

As Emma and I discussed our ambition to tackle the Cradle Mountain Summit, Amy and Oliver’s anxiety grew. ‘How much further than Dover Lake is that?’ they asked. ‘And it’s up a big hill?’. You could almost see their minds turning over the thought of walking more than twice as far, and up a mountain at that. The summit walk is 12.8 km and climbs from 900 to 1545 metres. That night I told Emma I thought it was too much to ask of them and we agreed that getting half way, to Marion’s Lookout would be enough.

Our summit bid got under way a little after 9.30 the next morning. We told Amy and Oliver they didn’t have to go all the way if they didn’t want to, we would all get as far as we could. As the track climbed I took the liberty of throwing each of them, one at a time, onto my shoulders on the reckoning that the longer it took for tired legs to kick in the further we would get. We crossed button grass plains and up rainforest lined creeks and waterfalls on our way to Crater Lake. At Marion’s Lookout, half way to the top and a quarter of the way through the walk, a curious thing happened. Amy declared, ‘I’m determined to get to the top.’ She could see it, and it probably looked closer than it was. ‘That’s interesting’ Emma and I thought and so we pushed on, careful to keep up a steady supply of muesli bars and M&Ms.

By 12.30 we were at the base of the slope to the summit. A progressively steeper rocky track changed half way up into a boulder field marked only by metal poles. By now, Oliver too was committed to the task and so up we went. The further up we went the steeper the scrambling over the boulders became until, at certain points, if it were any steeper you would have needed a rope to tackle it safely. Quite a few other, and older hikers, turned back at this point.

My anxiety levels went up too. We were high now, and I knew we had gone past the point where we could easily or quickly get ourselves down if we needed to, if someone slipped or if the weather turned. Emma was more level headed, confident in the climbing skills of Amy and Oliver.

When we crossed the false summit, the highest point visible from the base, I declared that was far enough. Hikers returning from the top informed us the true summit was another 45 minutes of scrambling and climbing further on. Oliver instantly dissolved into tears. He wanted the top, not ‘near enough’. Amy was more agreeable (probably because she just is), but it was clear that she too wanted to get to the top.

Emma looked at me, and made some comment to the effect of, this is what we wanted to happen – we wanted them to want it. How can you take that away from them? So we pushed on. Down again as it turned out and then up again, steeply. Round a corner and then 50 metres across a flat stretch of ground was the cairn marking the top. They did it. Certainly not me, I would have turned back.

On the walk back down, the mood just improved. Amy giggled and laughed and was generally silly and having a good time. Once on the path again Oliver took to sprinting ahead, flying over the rocky track and leaping over obstacles before waiting for us to catch up. He did that the whole way down, occasionally stopping to build his own stone cairns on the path while he waited for us to catch up. We spotted wombats on the final stretch to the car a little after 6 pm.

12.8km, up 645 vertical meters and back down again. Eight and half hours of walking and not one word of complaint. All just a question of will.

4 thoughts on “Just a question of will”