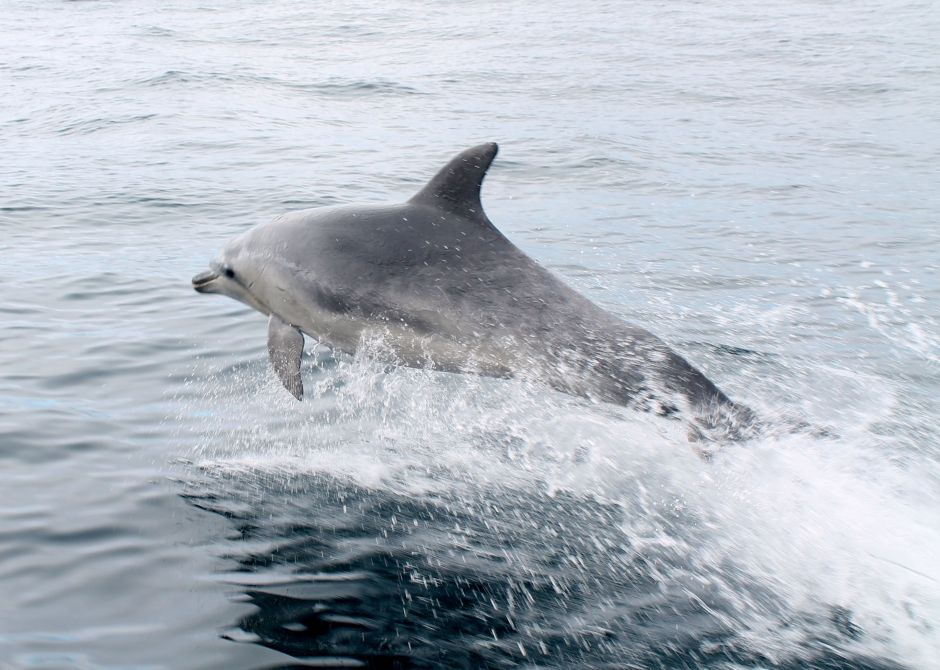 In the year 1600 and something… or was it 1700 and something… Bruni De’Encastreaux  explored the stretch of water that lay between Van Dieman’s Land and the island now known as Bruny. Bruni lent his first name to the island and his second to the water. What a generous chap. I’m sorry for the dodgy history lesson, but I’ve read so many interpretive signs of late my head is swimming and without research that I am currently unprepared to commit to (it’s late), that’s the best I can do.

In any case, Bruni was not the only European to drop by all those years ago. Captain Bligh dropped in, presumably before the mutiny, as did Captains Cook and Furneaux, Tasman and others. When they did, at least a few of them pulled up to fill their water barrels from the stream at Two Tree Point in Adventure Bay. Two Tree Point was named after the trees that stood at the mouth of the creek – and they’re still there albeit substantially larger today than in the painting by George Tobin, Lieutenant General no less, and chief expedition artist. I love that, to think those same said trees link such vastly different times.

Today Adventure Bay is home to Pennicott Wilderness Journey’s Bruny Island Cruises, a wonderful addition to the live tourist trade. To be sure it cost a pretty penny, but ‘twas also a pretty fine experience. I bet Bruny would have given his right arm for a tender with three 300 horsepower outboards. Hang on to your hats people.

Out of Adventure Bay we shot, round Penguin Island (nope didn’t see any) before one of quite a number of stops below Bruny’s sea cliffs, caves, blowholes, rock towers and kelp gardens. At one point the hooter sounded as we crossed out of the Tasman Sea and into the Southern Ocean. To be sure the day was still, but the Ocean wasn’t and a lazy but sizeable swell swallowed us down into the depths before the crests pulled us back up again. We were all at sea, I mean ocean.

Friar Rocks, kilometres out off Bruny itself was the turn around point but only after we awoke several hundred sleepy sea lions to pose for the cameras. After that we went further offshore, in search of albatross the skipper said. Sure enough albatross we found, by the dozens along with shearwaters and a bunch of other remarkable birds on the wing. And then, just when I thought I’d died and gone to heaven, a pod of at least a hundred dolphins started chasing us down from all directions. Does this happen every day? Apparently not, but who were we to complain. The birds swooped, the dolphins leapt and we wished it could go on all day. 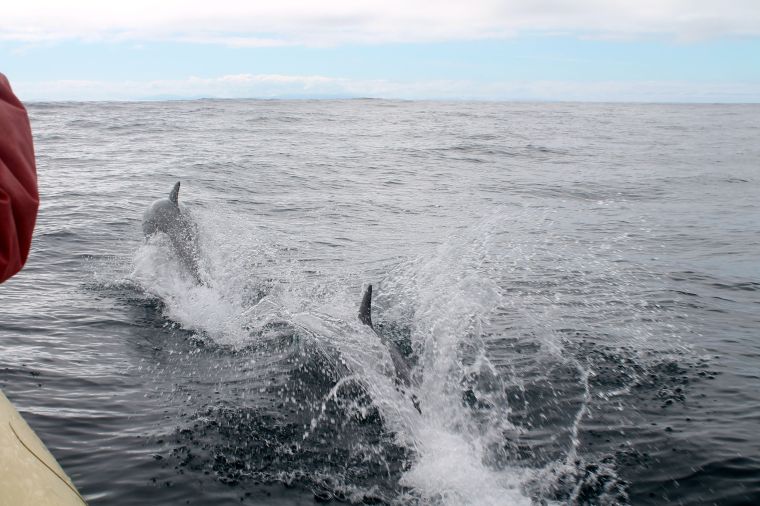 Alas all good things come to an end. We consoled Amy and Oliver with berry ice cream from the berry farm. I consoled myself by insisting on double portions of daddy tax.

Food on Bruny is as easy on the palette as sea cliffs on the eye. We found another very fine cheese maker in the Bruny Island Cheese Co, which also baked wood fired sourdough. We paid $7.50 per loaf, which sounds a lot until you visit the corner store and pay $5.50 for a loaf of Wonder White! We’ve all been spoilt and it’s becoming increasingly difficult to go back to Bega Tasty. Amy and Oliver (and me too) just won’t have it!

Even our home prepared meals stepped up a notch. Amy and Oliver having mastered the art of making fire, without even paper to get it started, soon had a bed of coals which inspired damper coated in leatherwood honey, followed the next night by chocolate damper. Hmmm, chocolate damper…

Of course too much chocolate damper has the potential to unduly expand the waistline so we all hiked up Fluted Cape for a bit of exercise. The walk description says it is unsuitable for children. Something about walking along the edge of cliffs 270 metres high with slippery causarina needles underfoot.

Amy and Oliver solved the matter though by ‘skiing’ down instead. I was cool as a cucumber, not worried in the slightest, until I peered over the edge. Then they ‘skiied’ a little further inland. Oliver also took pleasure in pointing out when I was a setting bad example by approaching the edge too closely – usually in pursuit of photos for the blog. Risking life and limb and diminishing myself in my children’s eyes. It’s ok, you can thank me later.  Oliver continued his rock cairn building on a beach on the way back to Adventure Bay – as you can see he excelled himself! 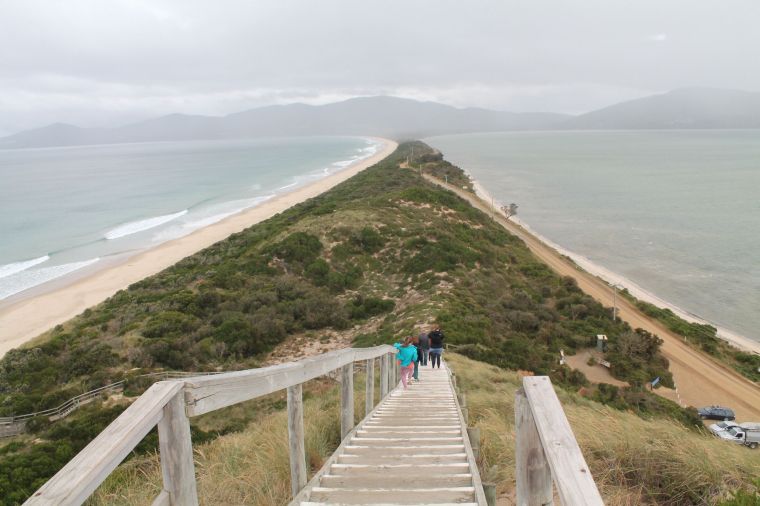