‘How do you take an experience this vivid and explain it to someone who hasn’t lived it?’. A fair question, posed atop a rocky crag looking out at a scene that looked for all the world like someone had dropped it into place like the backdrop to a play. It was a question posed to me by Andrea just days from the end of a yearlong, ‘world-long’, tour and was referencing more than just the mountains, glaciers, valleys, lava fields and rivers before us.

Andrea, Peter, Sydney and Tobin, our friends from Canada, the ones we first met in Cambodia nearly 6 months ago, were to head home in just a few days’ time. Iceland, the country upon whose rocky crag Andrea and I were sitting at the time, was the seventh country we had visited together, but I was still unprepared for the question.

I should have said something like, ‘You probably shouldn’t try. Save the best bits for yourself and try and take your new found perspective back into life at home’ (with thanks to the wisdom of Rolf Potts and ‘Vagabonding’). I didn’t though. What I did say flippantly was, ‘you can’t and going home is going to suck’, which fortunately made Andrea laugh, cause I’m not sure what I would have done if it had made her cry!

The rocky crag on which we sat was roughly half way along the ‘La-ha-ha-ha’ trail in southern Iceland. It was an extraordinary spot in an extraordinary landscape, with 360 degree views, crystal clear air and a light but cold breeze biting around the edge of jackets, thermals and beanies. I mean ‘toques’.

It’s not really called the La-ha-ha-ha trail, but that was the best we, collectively, could manage. To foreigners the arrangement of consonants in the Icelandic tongue is as foreign as the landscape itself. The trail’s real name is, Laugavegur, but if you say it like it reads no self-respecting descendent of the Vikings will give you any credit.

Andrea made a determined effort at proper pronunciation at the trail head by asking a ranger to say it slowly three times over. She came away lolling her tongue in her mouth like it was swollen from a bee sting, rolling her eyes backward in her head and stuttering while spraying forth a fair volume of spittle. It was funny, and we all agreed that ‘La-ha-ha-ha’ would suffice.

The hike is 55 kilometres from Landmannlauger in the North to Thorsmork in the south. Like so many other places we have been it was stunningly beautiful, but it is not like ANY other place we’ve been. Not a bit. There is a natural tendency when exploring to relate what’s before you to somewhere else, but here every time I went to say ‘it’s like…’, my mind drew a blank.

The trail climbs 490m on the first day through lava fields and barren hills scorched by steaming volcanic vents in the earth. ‘It’s like the earth farted’ Peter declared to the particular amusement of the younger contingent. The second day saw us take a stroll across snowy alpine plateaus where sunlight illuminated the hills with dark brooding hills behind before a dramatic descent into what called to my mind images of ‘the promised land’.

Day three saw us wandering through the valleys of this ‘promised land’ past creeks and rivulets lined with electric green moss and crossing glacially fed rivers which gave us ‘ice-cream’ headaches in our feet. On day four we hiked a circuitous course to avoid being blocked by a spectacular canyon, worthy of the name, and into a landscape which one imagines was what Tolkein had in mind when he dreamt up Mordor. Vast fields of black volcanic rubble leading to and surrounded by volcanoes – Mt Doom!

On day five we trekked into Thorsmork through Iceland’s version of forest (little more than a shrubbery) before finding ourselves camped at the foot of the volcano which blew in 2010 disrupting air traffic across the Northern Hemisphere for months. Signs near the end of the hike warn you what precautions to take to avoid pockets of deadly gases which can accumulate in low points in the landscape and floods caused by lava melting the glacier in the event of an eruption!

The weather while we hiked was as fickle as the landscape, meaning it was constantly changing although cold was a common theme. It was a bit like spending five days in a fridge with temperatures generally sitting around 7 or 8 degrees and sometimes creeping into low double digits. It also rained sometimes on most days, but not all the time on any particular day. Clouds and rains squalls moved around us and over us and for a while we even trekked through hail.

Fog is also known to roll in on occasions making it hard to find your way between the trail marking posts across the high plateaus and unlike Nepal, for this trek we had no porters. Adults and children alike had to carry packs, mine filled with food for a week in a country that sells consumables almost solely in tins and glass jars.

Sounds a little daunting doesn’t it? I thought so, and for a short while on the bus ride from Reykjavik to the trail head I started to wonder if I had rocks in my head. It’s a good thing we went with Andrea and Peter is all I can say. Well actually we only went because Andrea and Peter were so intent on it and we enjoyed their company so much it didn’t make sense to say no.

Come to Iceland and go trekking? Sure, why not! These two are a remarkable pair, readily and happily seeking out adventures for themselves, Sydney and Tobin at which other parents, probably myself included, would baulk. Here in Iceland however they reinforced what they taught me back in Nepal – don’t underestimate what you and your kids can do.

Andrea and I covered a lot of ground perched atop that rocky crag I mentioned earlier, most of which I wish I could have bottled and regurgitated to you all when our 12 months on the road is up. Among the fields of fertile discussion however was just how much there is to be gained by exposing yourself and your family to the pleasures and discomforts of a few days stripped of that which makes us feel invulnerable most of the rest of the time.

It’s curious, I think, that here in Iceland I don’t really feel all that far from home, yet 25 kilometres into a 55 kilometre walk can make you feel a long way from anywhere, or at least anywhere in which that which sustains you is readily on offer. Tired, hungry, footsore and cold, in the right measure, have a remarkable way of building resilience. What value is that lesson relative to lessons in reading writing and arithmetic? This we pondered.

It’s a lesson Sydney and Tobin have learned well. They tackled the trail like the veterans they are having trekked, canoed, rafted and skied more outdoor journeys by the age of 10 and 12 than many people will in a lifetime. They never flinched from the travails of the trail be it hills, cold, hail, glacial rivers or just another 3 kilometres after having already walked for five hours.

Having said that, if Sydney and Tobin took to it like veterans, then Amy and Oliver win the award for rookies of the year. It was their first multiday hike and they took the whole thing in their stride, packs and all. I was really proud of them. For making it from one end to the other, for carrying their own gear the whole way, for their good humour and for their company.

Of course Andrea and Peter’s ability to string a tarp in treeless landscape to put a roof over our heads and get us out of the rain at the end of a long day’s walk helped a whole lot too. As did the little huddles they had us in underneath a tarpaulin to get warm and get out of the rain when lunch time rolled around and the weather wouldn’t let up. It’s remarkable how warm it is under a tarp pulled snugly over eight people sitting down to eat.

Amy may have berated ‘Bad Andrea’ and ‘Bad Peter’ in her own special kind of way when she was denied a third or fourth piece of chocolate or hot drink, but we all welcomed these little outdoor tricks to keep us dry and full. Same goes for Peter’s rendition of Saturday Night Live skits about ‘choppin brocolli’ (you probably had to be there) which had everyone laughing instead of shivering at just the right time.

I turned 42 along the way and got everything I had hoped for my birthday which included a hug from Oliver, carefully wrapped by Amy, a kiss from Emma, a hike in Iceland and a Pez dispenser. I love my Charlie Brown Pez dispenser, even though it earned me a stern rebuke from Andrea because Amy and Oliver didn’t know who Charlie Brown was or is. My birthday cake was pretty special too… although somewhat misshapen after three days squashed in a pack. It was still ravenously devoured.

The morning after our arrival into Thorsmork was clear and sunny. The best weather we’d had all trip and we spent it lounging about on the grass in the sun looking up at huge glaciers as they slowly ground down the mountains before us. Feathers leaked from a split in Andrea and Tobin’s jackets to go with the gash in the floor of their tent and in keeping with the repaired holes and punctures in their camping mats and the stitching giving way on Peter’s pack.

A year on the road was taking its toll on their gear and taken as sign that their year was up.  We threw a party in the Reykjavik campground on their last night complete with beer, sprite for kids, chocolate cake, ‘topping blend’ (cream?) in a can and balloons.

Anyone who has travelled anywhere knows that no amount of words can properly explain all the vivid textures sights, sounds and experiences that getting out and about has to offer. No amount of words can explain an experience as vivid as twenty-four hours a day with your family for a year while travelling the world. I think however that explaining it is not why we do it. As Passenger would say,

‘We should run through the forest
We should swim in the streams
We should laugh, we should cry,
We should love, we should dream
We should stare at the stars and not just the screens
….
Feel, feel like you still have a choice….’.

We do it to feel like we still have a choice, beyond that, we keep the best bits for ourselves, and that is enough.

I don’t know what you say to a family that has just successfully navigated the world for 13 months together. Congratulations is kind of the right sentiment but not quite right. Anyway whatever that sentiment is, that’s what we wish the Douglas-Grants. I rather suspect they know how we feel. We can’t wait to see you again on your home patch soon!

And here are a stack of photos of our trek together – so many to choose from, thanks for sharing your photos Peter. 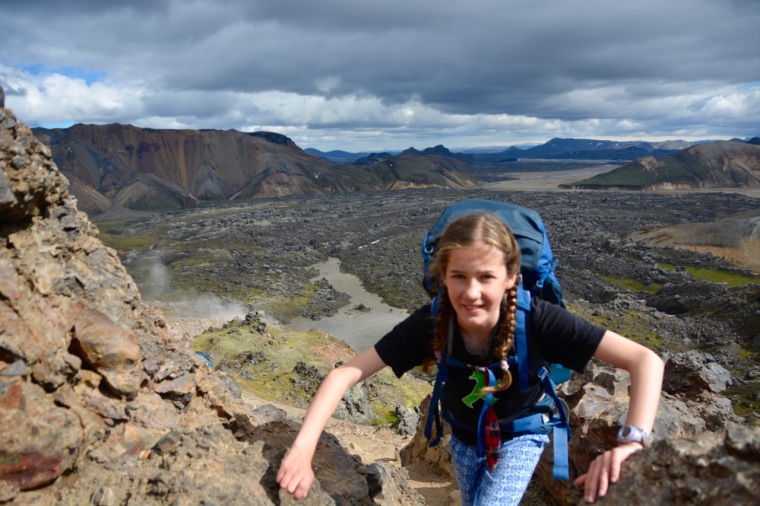 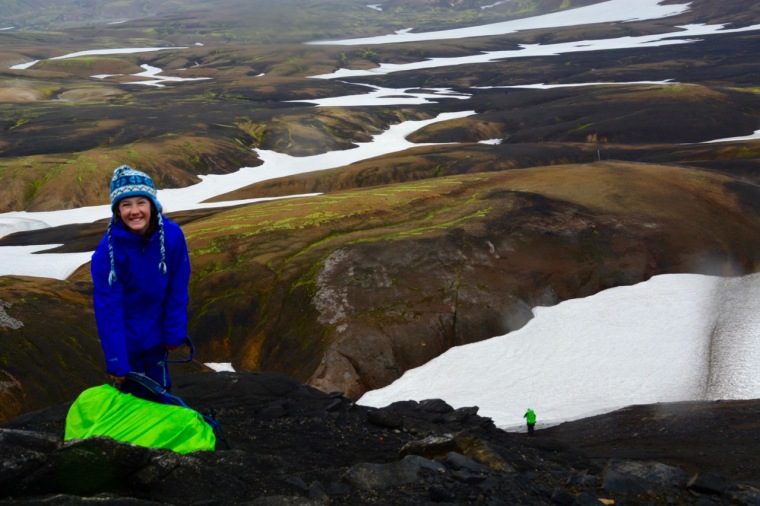 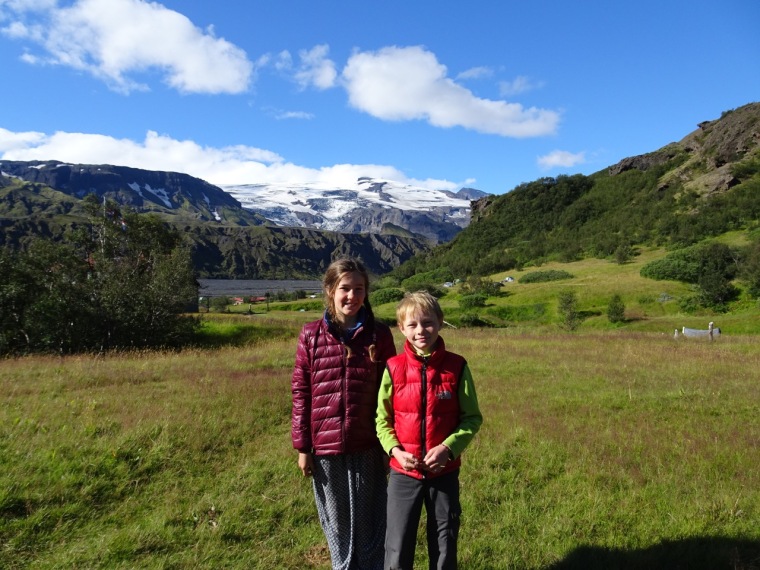 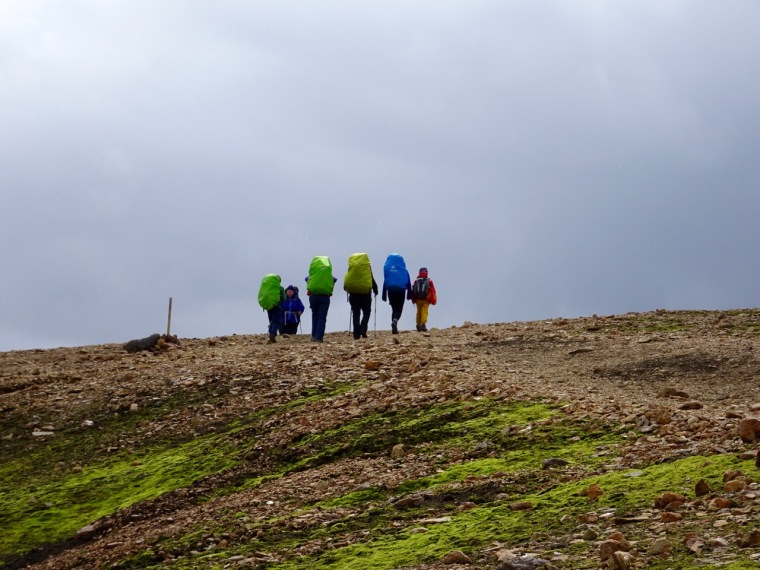 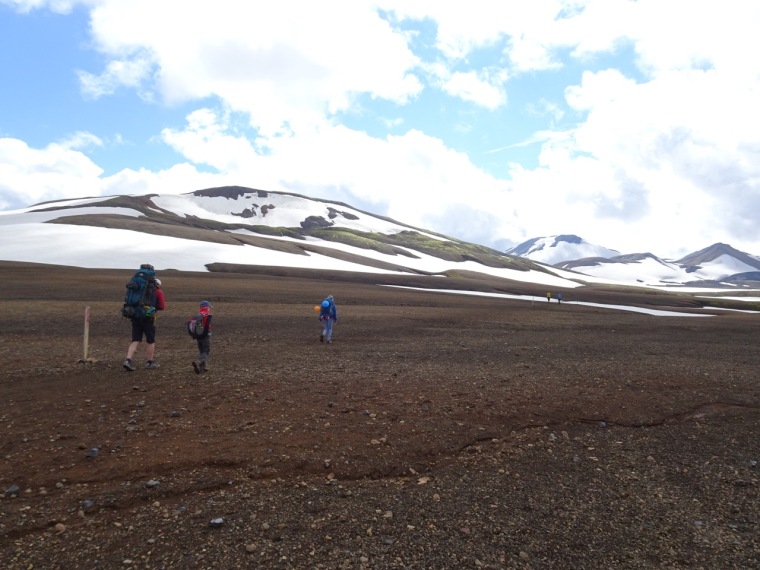 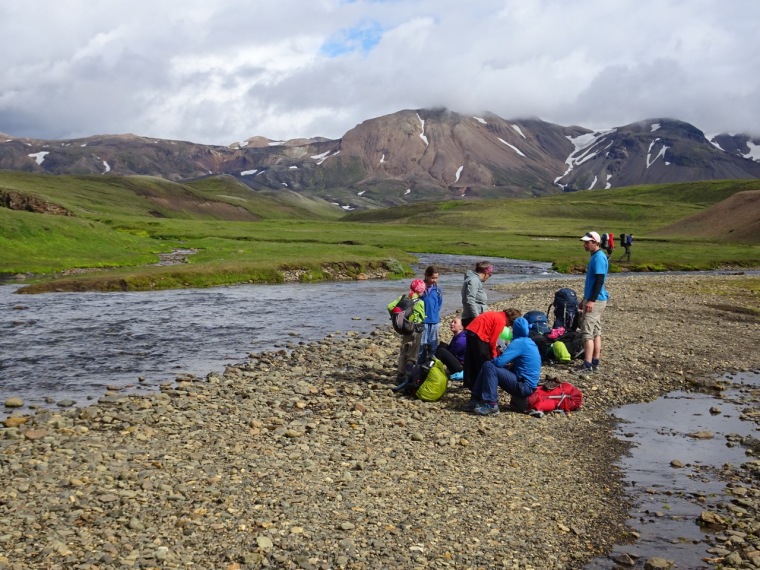 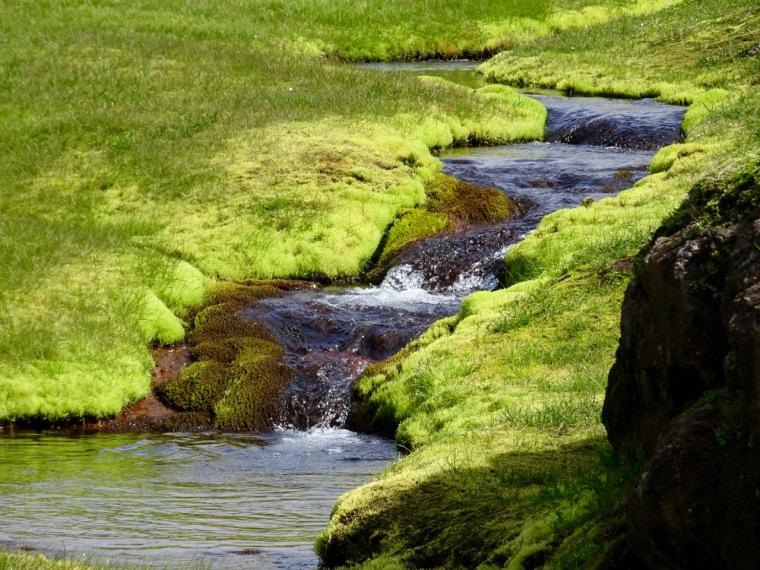 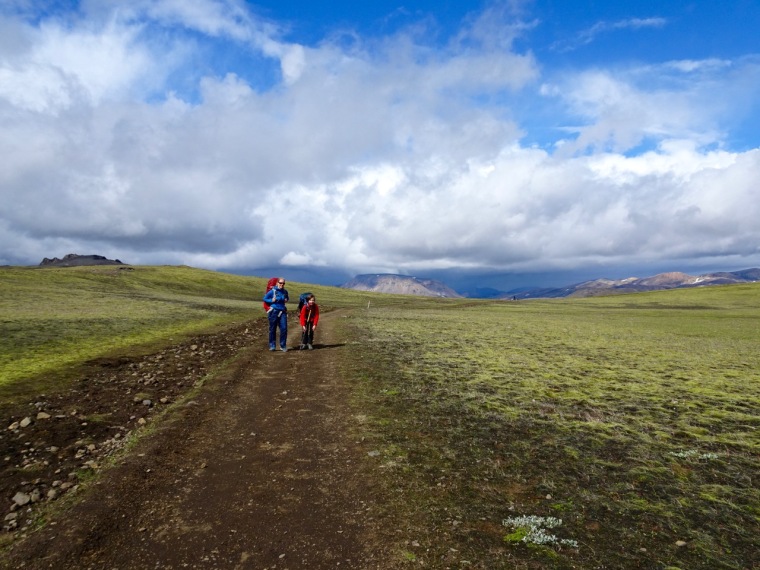 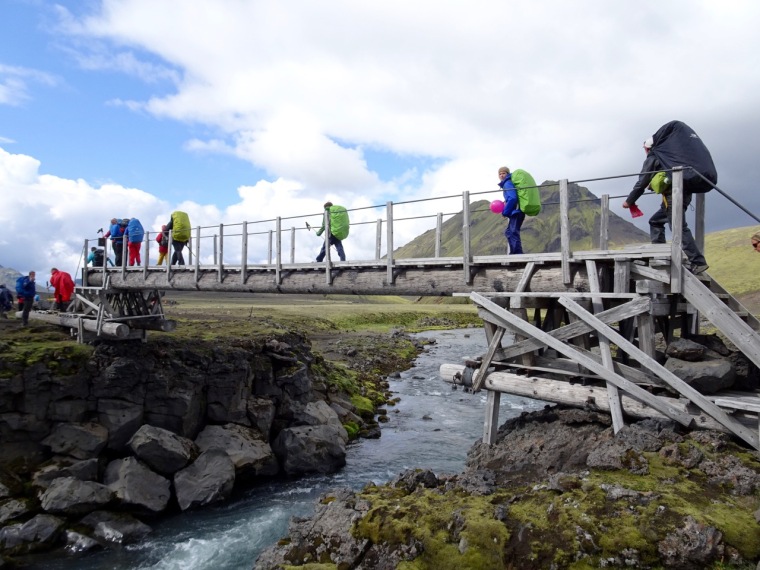 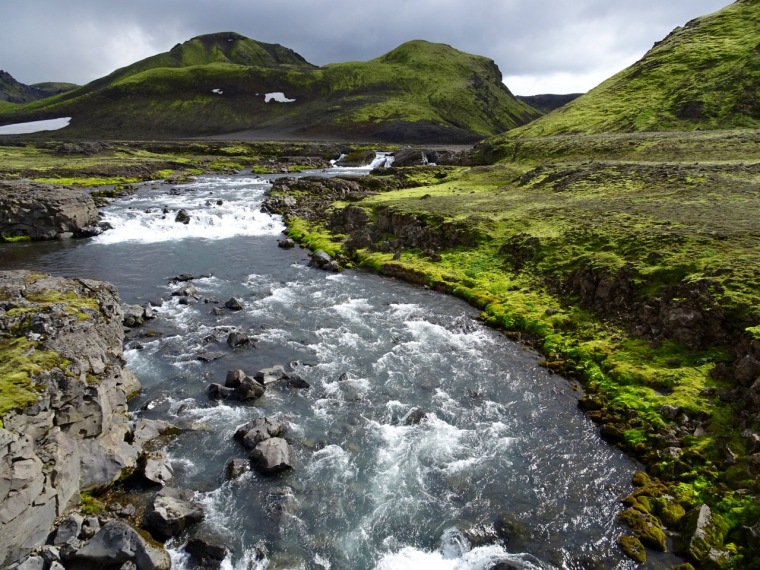 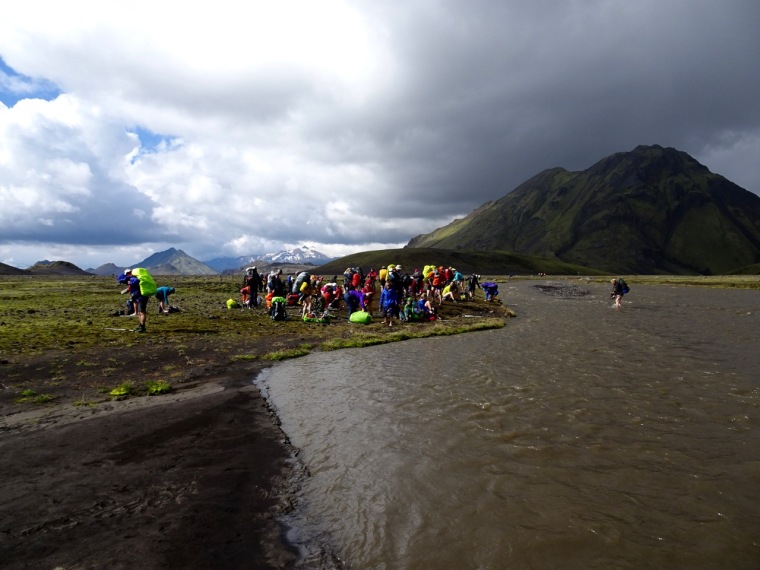