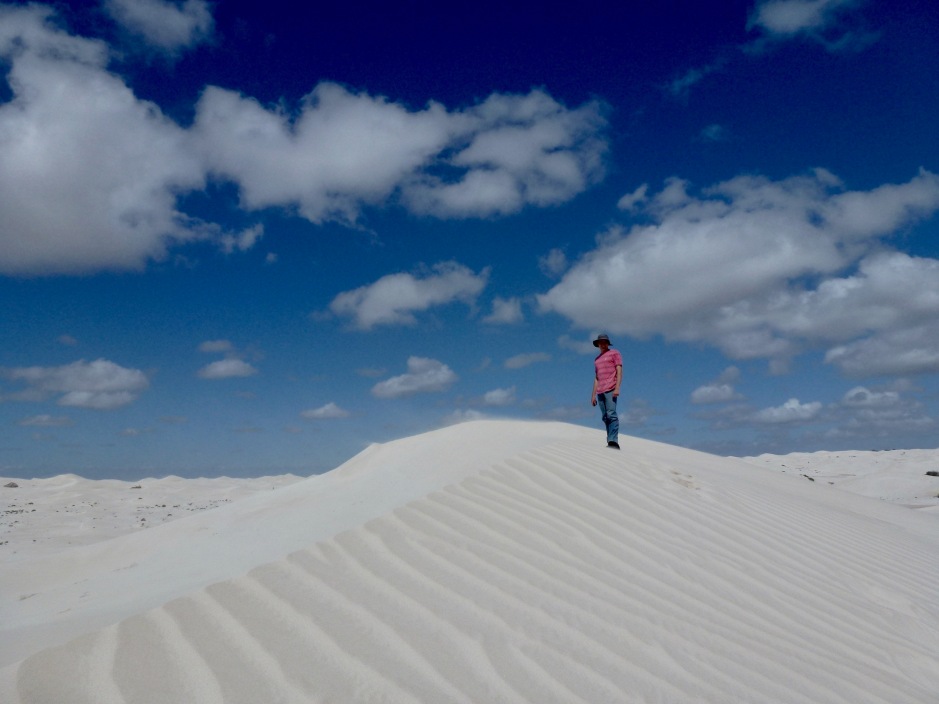 Streaky Bay has an annual rainfall of 379 millimetres of rain each year. I know this because during my first year of university I completed an assignment on the rainfall patterns of Streaky Bay (actually that was so long ago I had to google it, but when blogging, never let the truth stand in the way of the story!). I’ve wanted to visit ever since. So I guess I have now fulfilled a half life long dream.

If Streaky Bay were to promote itself as a tourist destination then I kept thinking it’s slogan would be ‘where the wheat meets the sea’, bit of a play on far north Queensland’s ‘where the rain forest meets the reef’. It almost seemed to me they only stopped the sea of wheat cause someone forgot to pick up their ocean. 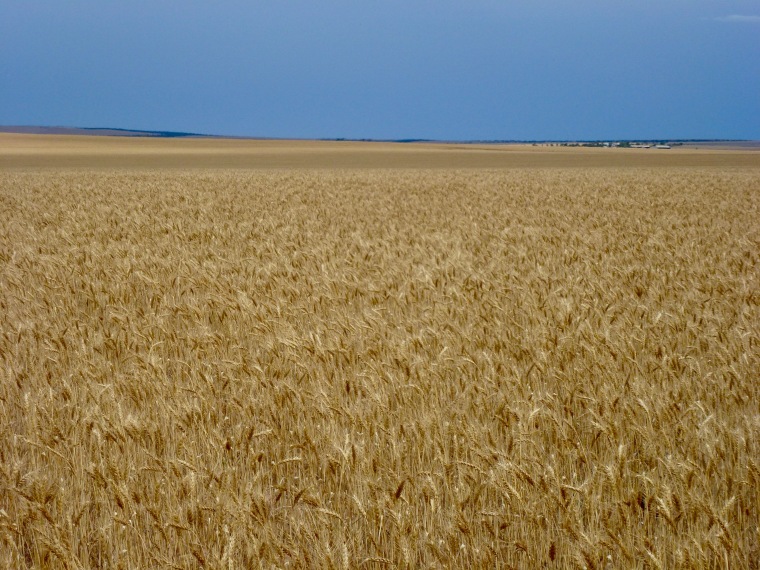 It took us a while to warm into exploring. None of us felt much like driving anywhere after our Nullarbor adventure so on our first day in town I took the kiddos fishing. Fishing was unpleasingly uneventful. Having caught one we want more of the action. We were almost distraught that our fishing tutor (grandpa Ian) would not be able to join us as planned in Port Lincoln due to the Qantas strike. Ah but bless his determination, it seems nothing will hold back our fishing success now as he is driving from Canberra to meet us!

So having failed on our fishing mission (it was too windy anyway) we visited the display at the Shell servo of the biggest fish ever caught on a 24 kilo fishing line which was, if you believe it, a 1.5 tonne great white shark. It’s gotta a be a fishing story doesn’t it? Oliver’s $22 Jarvis Walker fishing line from Kmart is a 24 kilo line and I’m sorry but I just can’t believe it could reel in a one and a half tonne great white shark. I thought it would snap under the weight of our 20 cm rock cod back in Bremer Bay. Still that’s what ‘they’ say. 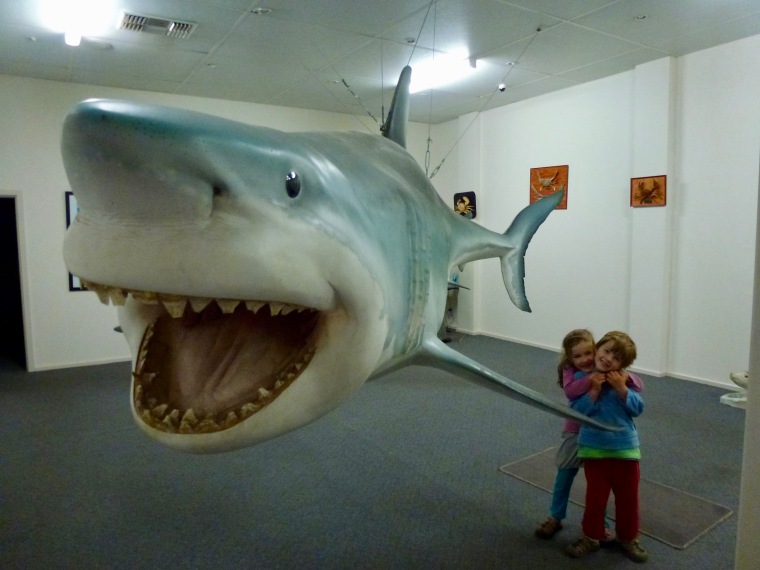 Day 2 in Streaky Bay we ventured a little further. We were going to take in a tourist drive but as the local bakery was closed, well it was a weekend in the country, we found ourselves at the ‘mocean’ cafe overlooking the jetty. Here we dined on the best damn pizza this side of Italy and chased it down with strawberry smoothies, coffee and hot chocolate. Very pleasant. 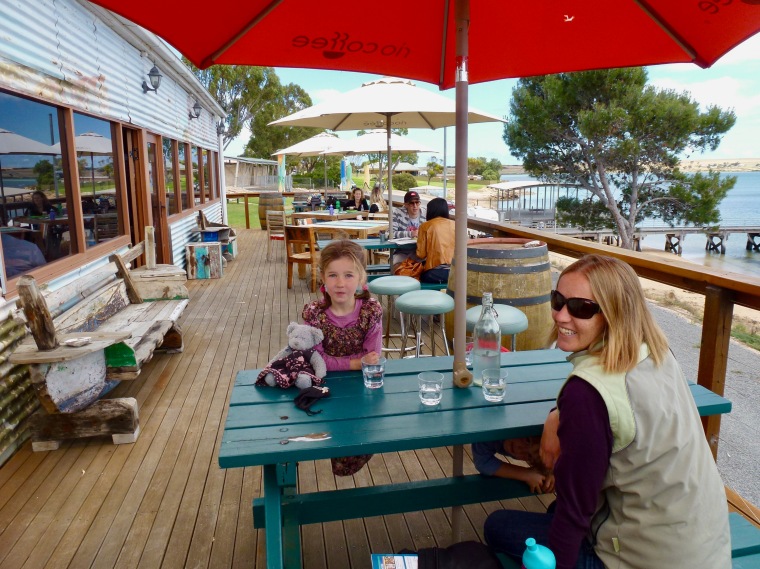 We then took in the local sights viewing windswept ocean lookouts, whistling blowholes (genuine ocean ones this time) and found some crazy big sand dunes to entertain ourselves on. 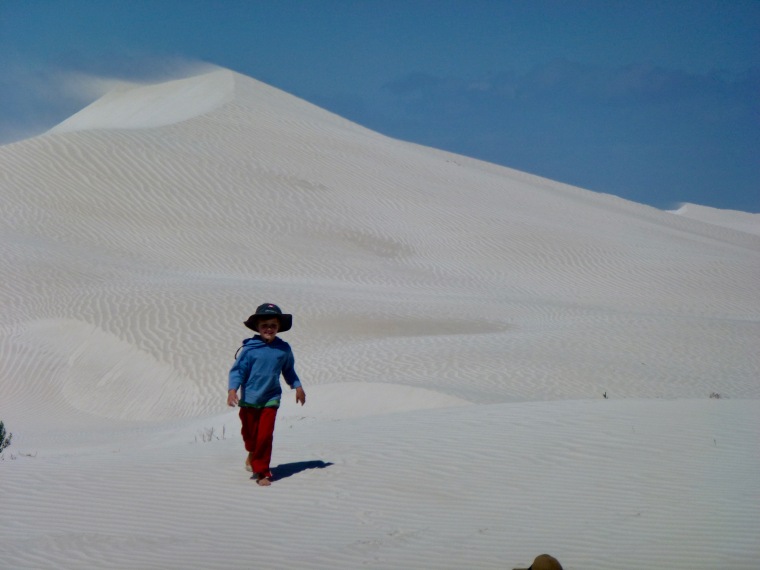 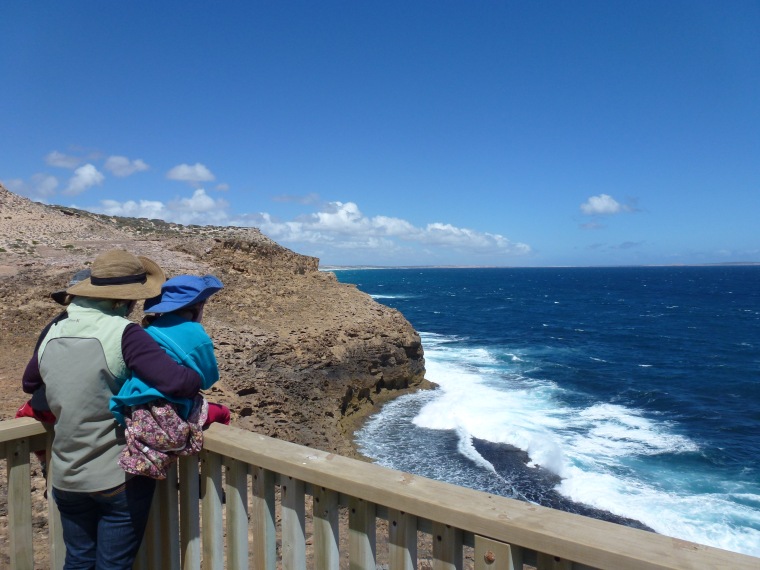 We left Streaky Bay headed for Coffin Bay near Port Lincoln but only made it half way. A 35 km an hour head wind forced us into an early retreat at Elliston only half way. But before we got there we visited Murphy’s Haystacks and the Venus Bay pelicans, or rather they visited us during lunch. The former of which we picked up from that wonderful traveling reference book ‘Are we the yet’ by Allison Leciester (thanks Louise for letting me borrow your line from a comment on our blog some time back). We just keep ticking off the sights! 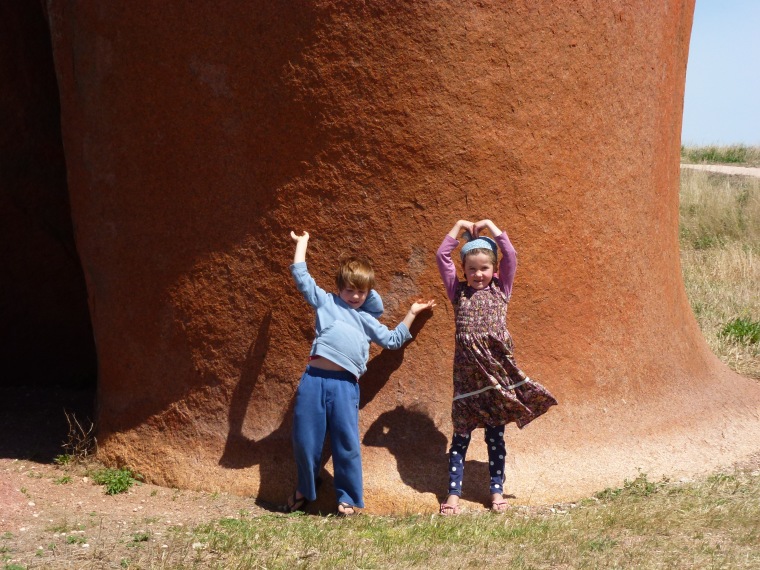 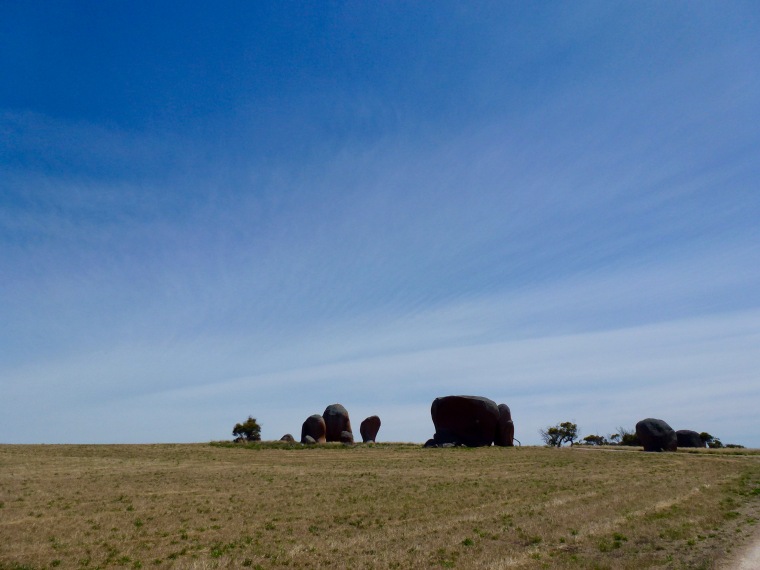 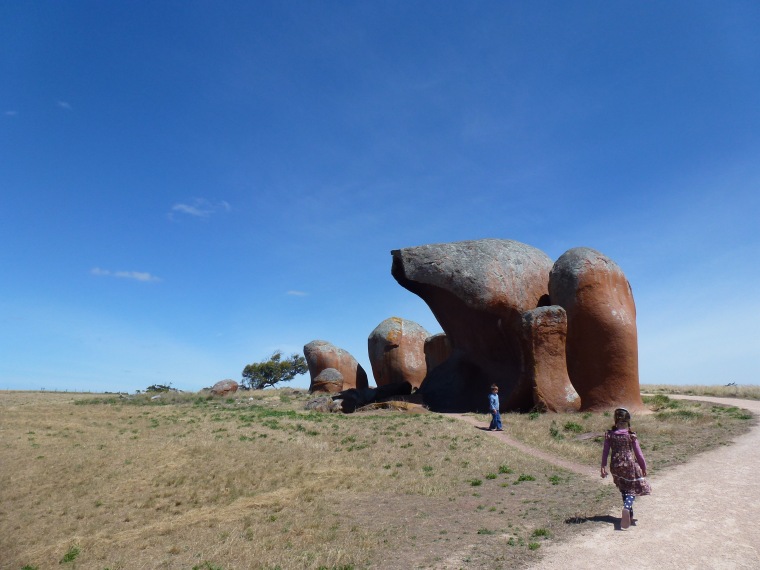