The Fremantle half marathon is pretty much the only reason we decided to spend four nights in Fremantle. You see I am planning another attempt at the Six Foot Track, a 45 km ultra marathon from Katoomba to Jenolan caves in the Blue Mountains west of Sydney. I had to pull out of the event in March this year because I got sick just weeks beforehand and didn’t recover in time to run. However, in order to enter the race again I need to qualify and to qualify I need to run the 28 km Two Bays run on the Mornington Penninsula south of Melbourne, in January next year. However before I can enter the Two Bays run I need to finish a half marathon in under 2 and a half hours. Still with me? 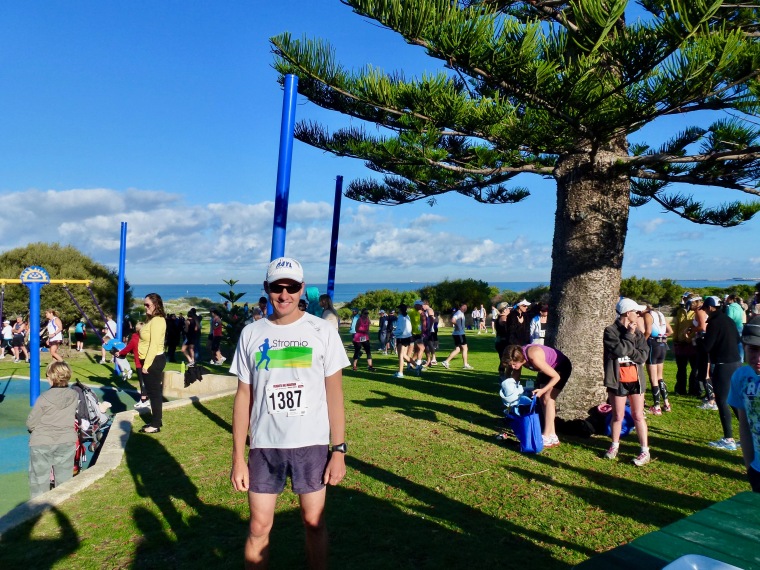 After countless hours scouring the internet for me Emma discovered that we would be passing by Fremantle at about the right time for me to run the Fremantle half. She even entered for me in a mad scramble before we lost Internet reception on the iPad as we drove out of Port Hedland some weeks back. What a wife!

So on a brisk Fremantle morning we bundled ourselves and the kids out of bed and into the car at 6.45 am. Emma packed an esky with milk, bananas and cereal for herself Amy and Oliver to eat in the park the start of the race at South Beach. I had to be there well before the 7.40 am kick off because my entry number was not at the Fremantle post office as it ought to have been when we arrived here last Friday (two days ago). 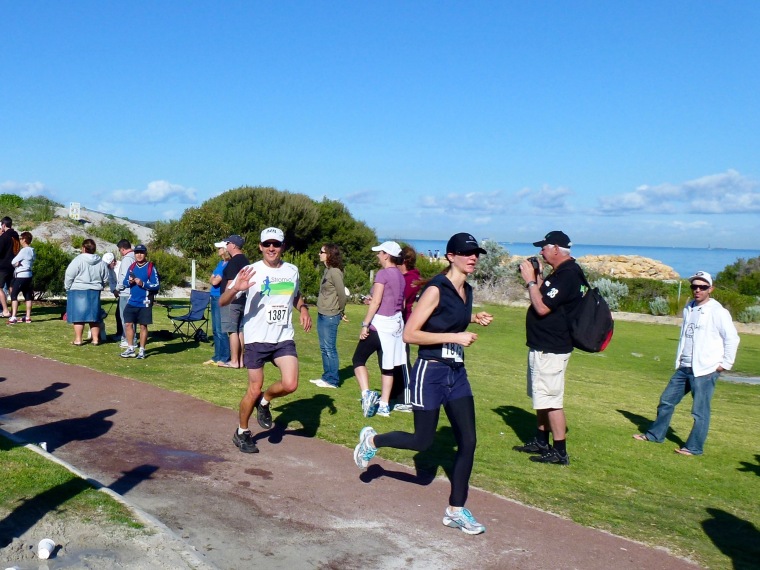 I hadn’t trained nearly enough for the event, just the odd run here and there really as we travelled down the coast with a slightly more dedicated period in the last three weeks. I knew I was fit enough to go the distance though so thought I’d go at it as hard as possible. All was going swimmingly up to 14 or so km. I was averaging 4.52 a kilometre. Couldn’t keep that up though over the last seven k where my pace slowed back towards 5.30 per km. Finished in 1.48.41 according to my Garmin, or 1.49.08 on the race clock. I’m going with quicker time. Wouldn’t you?

All in all I’m vey happy with the run. I’ve never tried to push myself like I did this time. I’ve always been more focussed on simply making the distance by going slow and steady. An average of 5.06 per kilometer with limited training… I’ll take it. 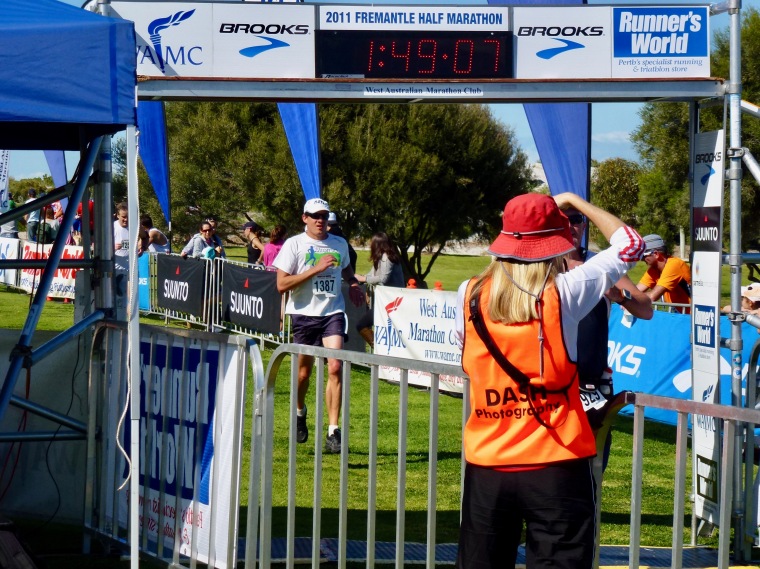